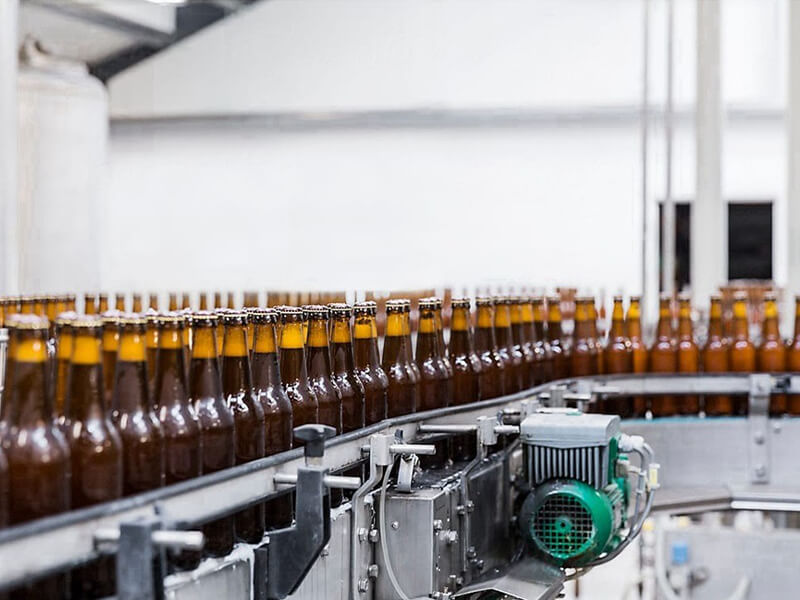 We know that beer contains saturated dissolved CO2 gas, which is produced during fermentation, or added to beer by artificially charging CO2. The solubility of beer to CO2 varies with beer temperature and pressure. Below we use the formula to illustrate:

For example: when the beer temperature is 5°C and the CO2 partial pressure is 2 bar, the saturated solubility of CO2 in beer is 5 g/L.

From Equation 1, we can see that the solubility of CO2 in beer is proportional to the partial pressure of CO2. When the pressure of the back-pressure gas in the liquid storage tank is lower than the saturated solubility of CO2, CO2 will escape from the beer, resulting in the phenomenon of beer filling effect such as alcohol spillage and insufficient filling. Therefore, the filling pressure should be higher than the saturated dissolution pressure of CO2, and at the same time, it should be lower than the pressure of the incoming wine, so as to avoid affecting the speed of entering the wine.

3. The influence of the cylinder pressure of the bottle holder on the filling effect

It can also be seen from formula 1 that the solubility of CO2 is inversely proportional to the temperature of the beer. Excessive wine temperature will cause the escape of CO2, which reduces the content of CO2 in the beer and is prone to the phenomenon of booze. Therefore, the wine temperature should be strictly controlled at 0-4 ℃.